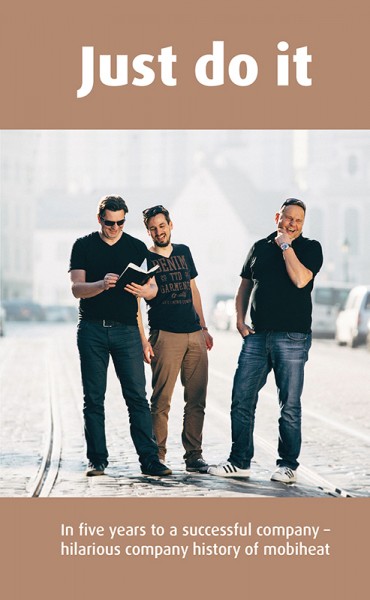 Beschreibung Daten Bewertungen 0
Beschreibung
Just do it - In five years to a successful company Heading to Portugal with a heating unit in... mehr
Menü schließen

Just do it - In five years to a successful company

Heading to Portugal with a heating unit in the trailer to heat up 500.000 liters of water for sharks might sound a bit crazy. To pass up a suitcase full of money sounds not the least logical and quitting a safe job to face an uncertain future sounds - to put it carefully - somewhat stupid. But precisely these crazy, illogical and barely thought-out things make a success story turn into exactly what this book is about. My name is Christian Chymyn. I haven’t experienced this success story but had the privilege of re-living it. What do you do, when two people want to tell you their story, which you do not want to hear and in a city you don’t want to be in? Normally turn around and drive home. But in my case it wasn’t quite that simple. The city is Augsburg, the two people are Andreas and Helmut - and on the side, they are my employers. They took me with them – actually you could almost say forced me - to spend two days with them in the Swabian Metropolis. Today I can reveal: In the end I have reconciled with the city and heard stories which were worth writing down.